From lullabies to the music of mourning, our lives are mapped by the songs we sing and the stories they tell. Whether collective choruses or intimate melodies, they have the power to develop and redefine our sense of belonging. Songs can feel deeply personal, but also remind us that we are part of something bigger. New generations remix these stories, and in doing so celebrate both the past and the future.

Let the Song Hold Us is a collection of new immersive artworks that reach between generations, and across geographic boundaries. The artists experiment with storytelling to consider how we might shape our own identities from the memories of those we have lost. Centred around song and music as a way to communicate ideas of family, hope, and belonging, the works reimagine the ways we create and share; what we inherit, and what we pass on. They represent both the daily rituals of our lives and the moments when we yearn for a deeper understanding of who we are.

Works in the exhibition include Songs for living (2021) by Korakrit Arunanondchai and Alex Gvojic, a new large-scale video installation that responds to a desire to heal the mind and body, and reconnect to life. Made by Arunanondchai following the death of his grandfather, this cinematic collage of visual languages and musical styles weaves together stories of grief, transformation and spiritual power. Filmed mid-pandemic, mostly in a relatively abandoned New York, Arunanondchai’s abstract, ever-shifting montage explores possible ways to rebuild. Following its premiere at Migros Museum für Gegenwartskunst (Zurich, Switzerland) in late 2021, FACT will exhibit this work for the first time in the UK.

Larissa Sansour and Søren Lind present a new triptych video installation of an Arabic-language opera that brings together Palestinian and European classical music traditions. Commissioned by FACT, As If No Misfortune Had Occurred in the Night (2022) considers the genetic inheritance of political trauma through multiple generations of families. Performed as a single aria, the film depicts a mother as she addresses her unborn child, revealing her fears that her past traumas have already shaped the child’s future.

Ebun Sodipo exhibits a new interactive artwork created in collaboration with young LGBTQ+ people from Liverpool and across the UK. Taking the form of a series of constellations, Following the Gourd (2022) is named after an African-American folk song that helped people to journey from the enslaved southern states of America to the “free” north. Visitors to the gallery journey through the stars to discover digital artefacts, contributed by Sodipo and her collaborators, forming a collective archive of trans experience.

The exhibition presents a new installation of objects and drawings, animated using sound and augmented reality, by Glasgow-based artist Rae-Yen Song. Song creates a distinctive and singular visual language by reclaiming and reimagining ancestral mythologies, family rituals and inherited memories. Artist and dancer Zinzi Minott premieres the next iteration of her annual series, Fi Dem, which explores the histories of the Windrush Generation and experiences of Blackness, migration and living in the diaspora. In this new work, Minott specifically looks at Liverpool’s Windrush stories, focusing on the Caribbean community. The exhibition also debuts a new commission by artist Tessa Norton who was awarded the Jerwood Arts x FACT Fellowship in 2020. Developed during her artist residency at FACT, Norton presents Dark Circles (2022), a new multimedia installation exploring the ambiguity of Anglo-Indian identity, which was a product of Empire, yet marginalised within it. Norton traces its contrasts and contradictions through the glamorous performances and fluid, ambiguous ethnicity of three Anglo-Indian actresses spanning the ‘Golden Age’ of musical cinema to classic Hollywood. 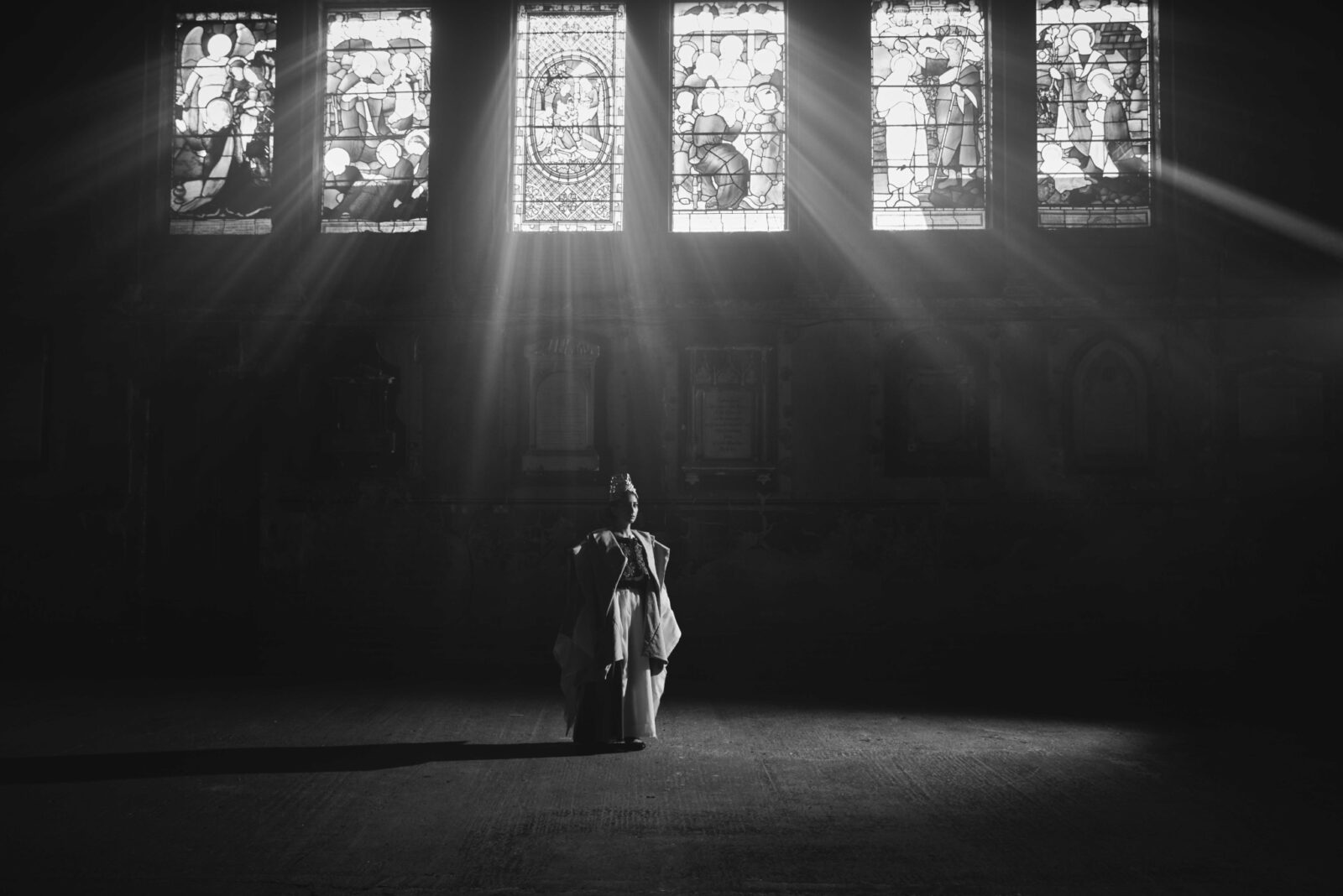 Still from As if no Misfortune had Occured in the Night (2022), Larissa Sansour & Søren Lind. Image courtesy the artists. 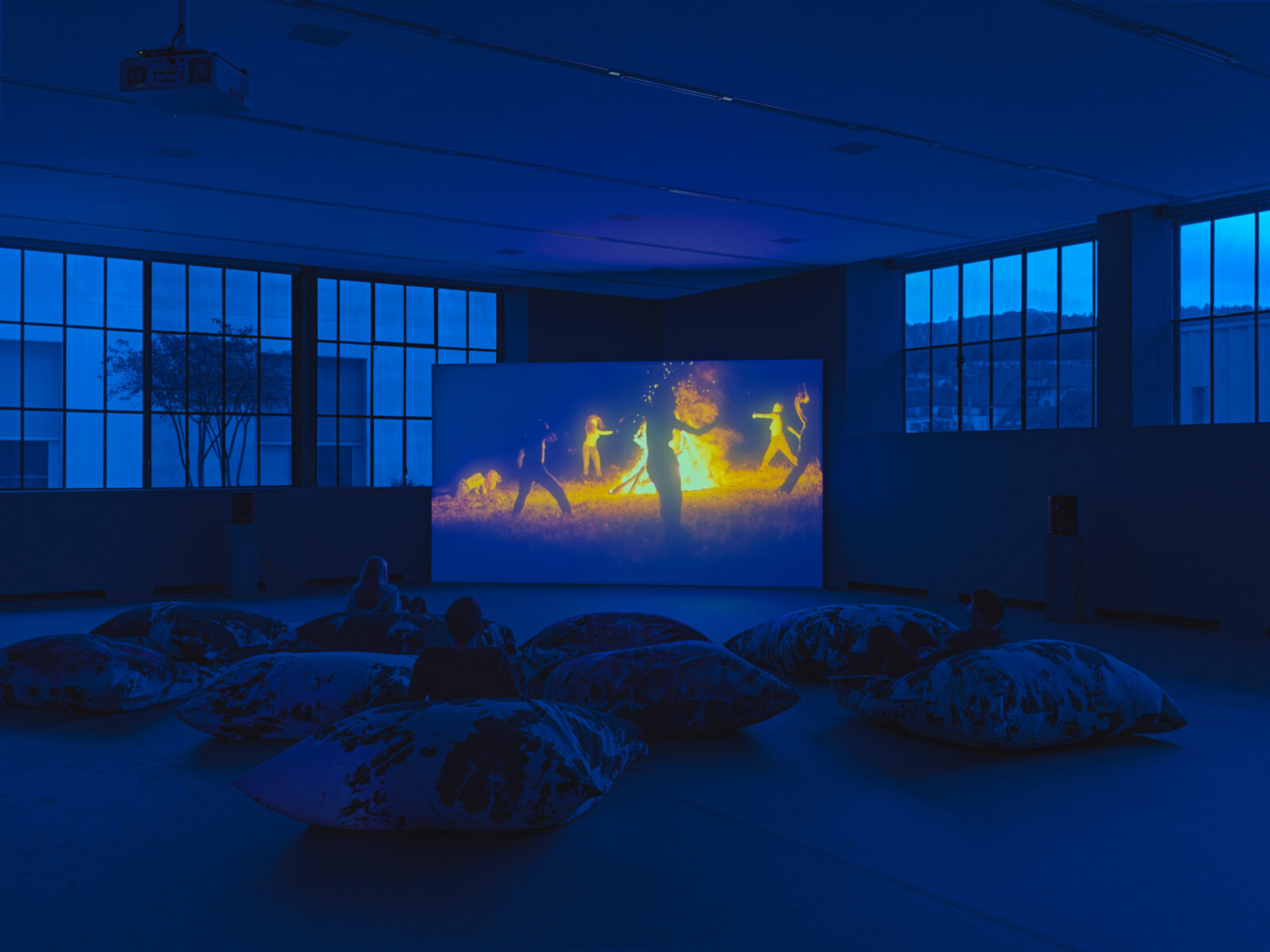