Between Land and Sea and CurrentSEA: a workshop to imagine a new currency

THE MINT, in collaboration with Artsformation, is organising a workshop in Palermo with a heterogeneous groups of artists, market sellers, activists, writers, filmmakers, professors and artisans to experiment on how art, technology, shared knowledges and political imaginary can offer tools for conviviality and exchange across the Mediterranean, in particular between Sicily and Tunisia.

With the project CurrentSEA, THE MINT is experimenting with different ways to create an “alternative to currency” that will be at the same time a material tool and a vehicle for storytelling, care and commoning. Taking inspiration from the praxis of bartering and gift economy, we are trying to craft a system of “objects” that will be unstable, variable, narrative, with no fixed value, transnational, in becoming, and that will carry the inscription of the stories of the multitudes that use them. THE MINT will be working with two parallel groups, respectively in Palermo and Tunisi, so that in each city different sides of the “coin” can be designed and fabricated.

In dialogue with the Festival Between Land and Sea, the workshop will include a theoretical-experiential part and a practical part, where we will experiment with different forms, materials and digital techniques.

If you want to join us in this project, please fill in the form below. Deadline 13th October.

Apply here to the workshop in Palermo

Please note that the workshop will be documented by the researchers of Artsformation through note taking and audio registration. The audio is for internal use only, in relation to data analysis. Following the workshop, we may reach out to you to ask if you would be interested in participating in an interview. The interview would include questions concerning your experience as a participant of the workshop. A potential interview will take approx. 60 minutes. The interview would be recorded electronically using video and/or audio.

About Between Land and Sea

BETWEEN LAND AND SEA is a political encounter and a programme of original artistic and theatrical productions developed and presented between Palermo, Tunis, and Bremen. It creates the first participatory and long-term artistic collaboration between the three port cities, acting as a bridge between Europe and the Maghreb and between the South and the North of Europe.

At a historical moment when humanity is facing unprecedented planetary challenges, artists, activists and citizens need to invent new ways to come together across borders and develop transnational and solidarity narratives. Port cities are privileged hubs for the creation of such cross-border networks. BETWEEN LAND AND SEA develops concrete transnational alliances, narratives and practices of solidarity to withstand future crises and disasters, such as desertification, conflicts arising from growing economic inequality, rising sea levels, displacement and global migration. 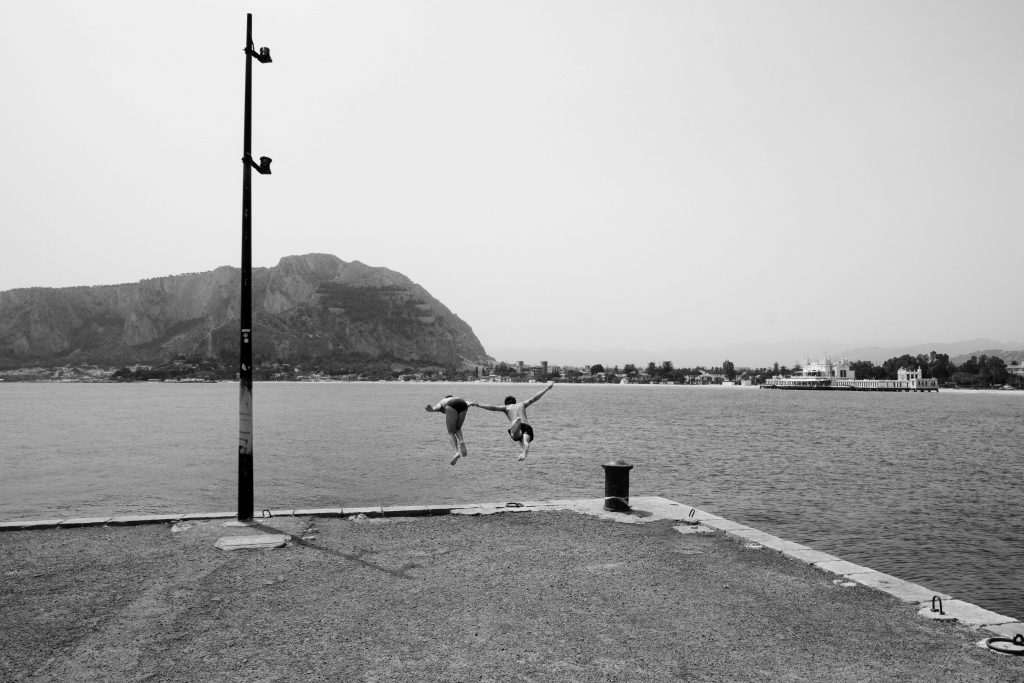 1 of 2 Two guys dive into the sea despite Covid-19 pandemic restrictions prevent it. Mondello, Palermo, Sicily, 2020. 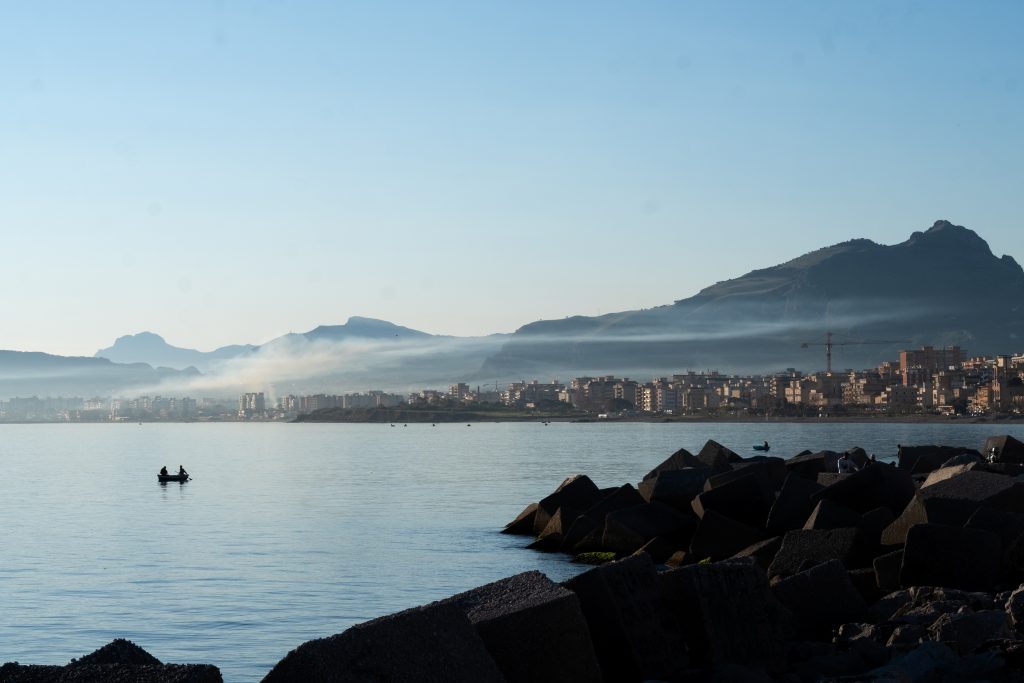