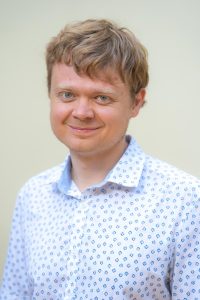 Pavel Ruzyak (He, Him) is living in Prague, the Czech Republic. He studied at film school FAMU in Prague and at Babelsberg Film University in Germany, department of film directing, graduated in 2016. He has directed fiction films and documentaries, short and middle length. His films were screened in competition at international film festivals. Moreover, he has been selected to international film workshops, labs and pitches. He is currently working on his feature film project with a topic of contemporary teenagers. Apart from the artistic career, he has been active in volunteering, social issues, youth politics and international relations. Pavel has also extended knowledge of languages and experience in multi-disciplinary collaborations.